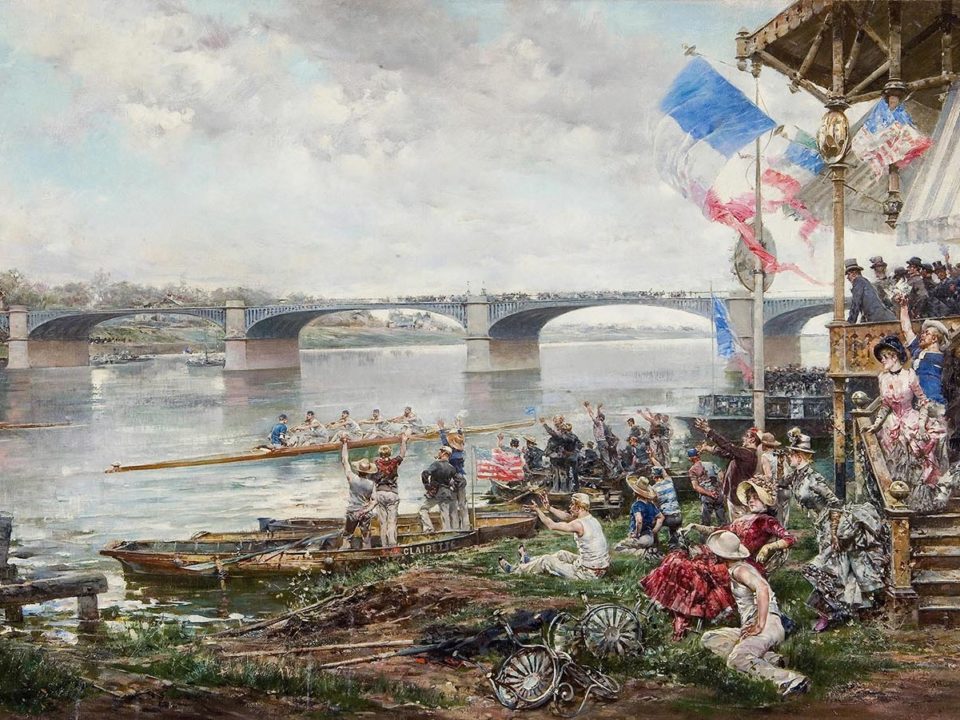 Ludovico Marchetti was born in Rome on 10 May 1853. Son of the engraver, Augusto, he attended with success the lessons in painting at the Accademia di San Luca. Initially, he specialized in painting historical and sacred subjects, before confronting themes inspired by contemporary literature after having met the Spanish painter, Mariano Fortuny y Marsal – then living in the Lazio capital – who would become Marchetti’s teacher. In 1875 he exhibited at the Paris Salon with the painting, After the fight. The success achieved with the work inspired him to move permanently to the French capital, which he does three years later in 1878. In Paris he agreed a contract with the powerful art dealer, Adolphe Goupil. This allowed Marchetti to also collaborate with the New York gallery owner – with German origins – Michael Knoedler. From this moment, Marchetti dedicated himself to depicting scenes à la mode, inspired by bourgeois life and characterized by a visual rendering careful to capture the minute details. At the same time, he took part in the annual exhibitions in Berlin, Monaco and Bavaria. He was present at the Paris Universal Exhibition in 1889 with three works – Un mariageau XV siècle, Italian soldiers and Court of Honour at Potois Castle – that showed him to be an artist gifted with a great lively expressiveness. In 1897 he received the gold medal at the Paris Salon with the painting, Cain, whilst at the National Exhibition of Milan of 1906 he began his career as a watercolourist.